As humans, we are really good in forming small intimate groups where we can trust each other and achieve complex goals.

Teams are a type of group defined by having clear boundaries and goals, maintaining their core members for a long period of time, and having a strong culture that outlives its members. Here, the focus is on long-lived, multi-project, product-focused, business and technology teams.

Teams are considered complex adaptive systems. This means that the interaction of its members create emergent team-level behaviours that are much more than the aggregation of individual behaviours.

If we regard teams as monoliths, then all control and decision making is exercised top down. From this point of view, any creative freedom is regarded as a problem.

However, teams are not monoliths. Even when small, they comprise of individuals who continuously recombine, adapt and transfer their experience to new situations, creating emerging behavioural patterns. Simple rules of interaction between individuals create complex dynamic behaviours.

Therefore teams can be better described as complex adaptive systems, where the focus is on identifying the constraints or minimum structure that will enable self-organisation and creativity.

Triads as the basic building blocks of collaboration

There is a lot of research across different fields, from chemistry and science to music and sports, showing that triads constitute the basic building blocks of collaboration and harmony. For instance, in basketball (triangle offence), players combine in triangles, creating effective team dynamics that are not possible with dyads.

Similarly, social network theory shows that the key characteristic of a social network is the tendency of people or groups of people to form triads. The main reason is that triads are more balanced than dyads and naturally absorb conflict.

As such triads establish a minimum structure within teams and organisations. 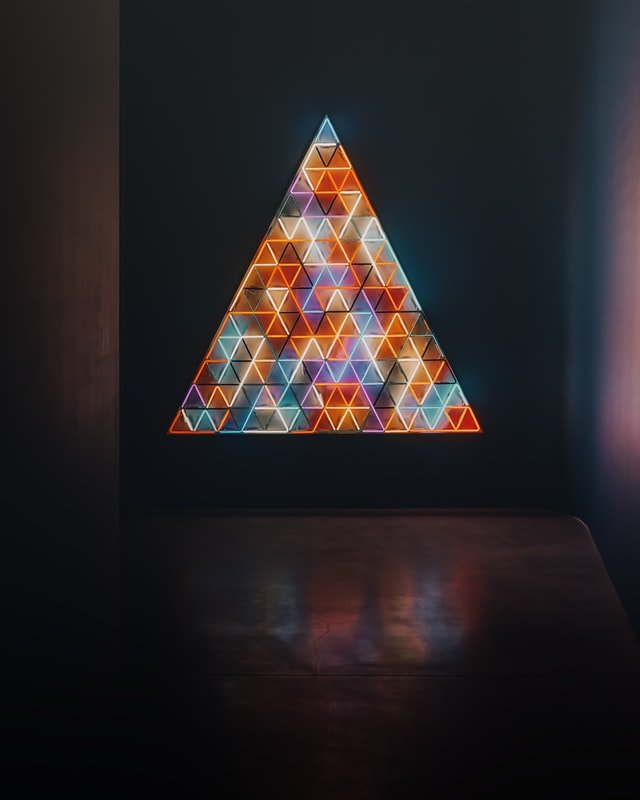 Teams comprise of individuals that interact with each other and give emergence to team behaviours. By constraining this interaction to 3 people at a time, we can enable high-performance. But we don’t recommend to have a team size of just 3 people because most probably such a team will not have enough skills to be autonomous and achieve complex goals.

Research has shown that the “ideal” team size is 5 (basketball team).  This shouldn’t be prescriptive but rather should be used more like a rule of thumb.

Usually, when team size increases, communication complexity increases exponentially and team dynamics become problematic. It is better to have many small bounded teams rather than a few large teams. Teams of five create up to 10 overlapping triads between its members that can form a dense and at the same time resilient and flexible structure.

The Adaptive Triads Framework is recommended for efficient organisational design and structure. The goal of the Framework is to take advantage of our natural inclination to organise in threes.

In essence, it recommends a minimum structure of collaboration. Ideally no more than 3 people or groups of people at any one time at any particular task, challenge or problem. This allows self-organisation, flexibility, and autonomy.

Triads should be adaptive, not fixed or static. This means that people should keep forming new triads based on the problems they need to tackle. Organising in adaptive triads is a much more creative and resilient approach. 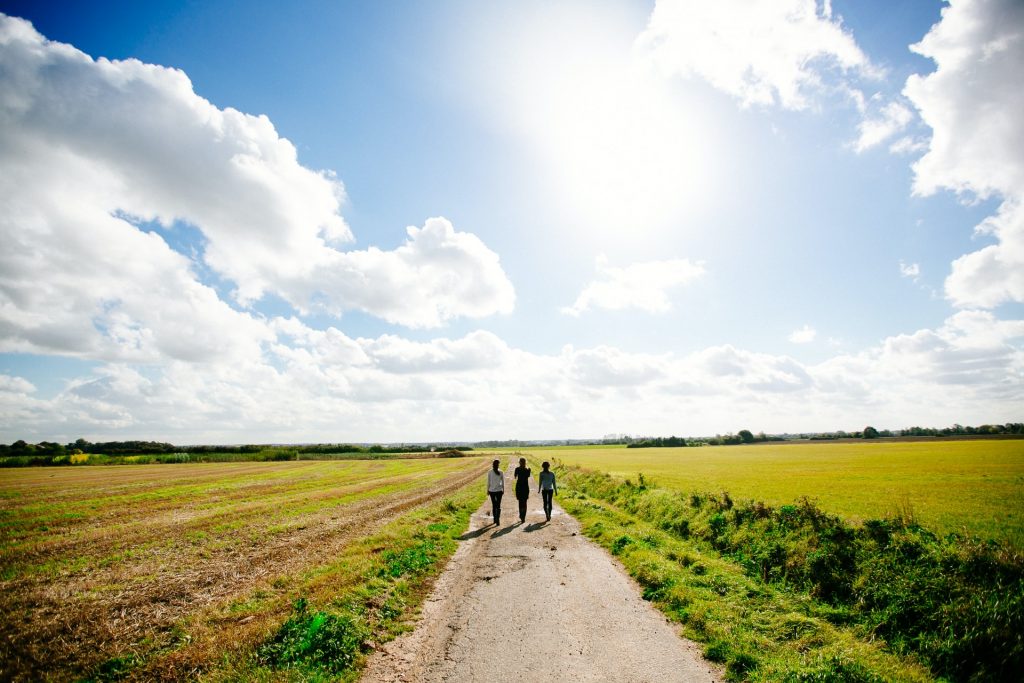 Adaptive Triads – A New Approach to Team Structure and Dynamics

Apostolos / July 17, 2021
From ancient to modern times and from world philosophies and religions to music, sports and science, triadic structures appear in...
Read More 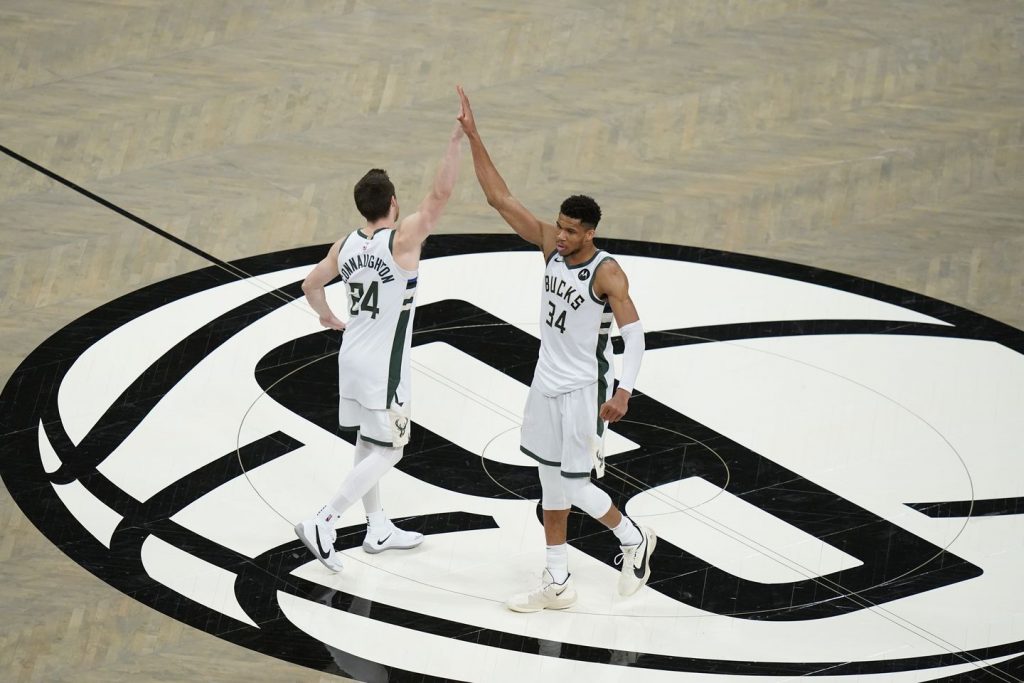 Real teams are better than superteams of stars

Apostolos / June 21, 2021
From the 1992 US Men's Olympic Basketball team, aka the Dream Team, famously the greatest team ever assembled in the...
Read More 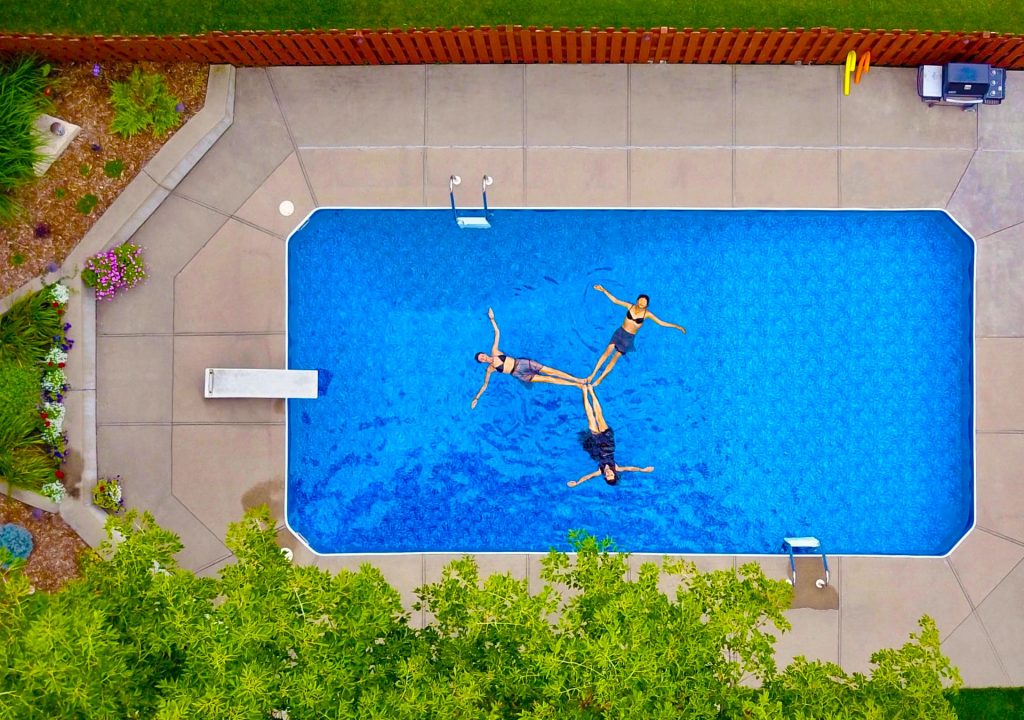 Why triads are better building blocks for high performing teams

Apostolos / May 18, 2021
For a long time there had been the assumption that dyads constituent the basis of teams. But I believe there...
Read More 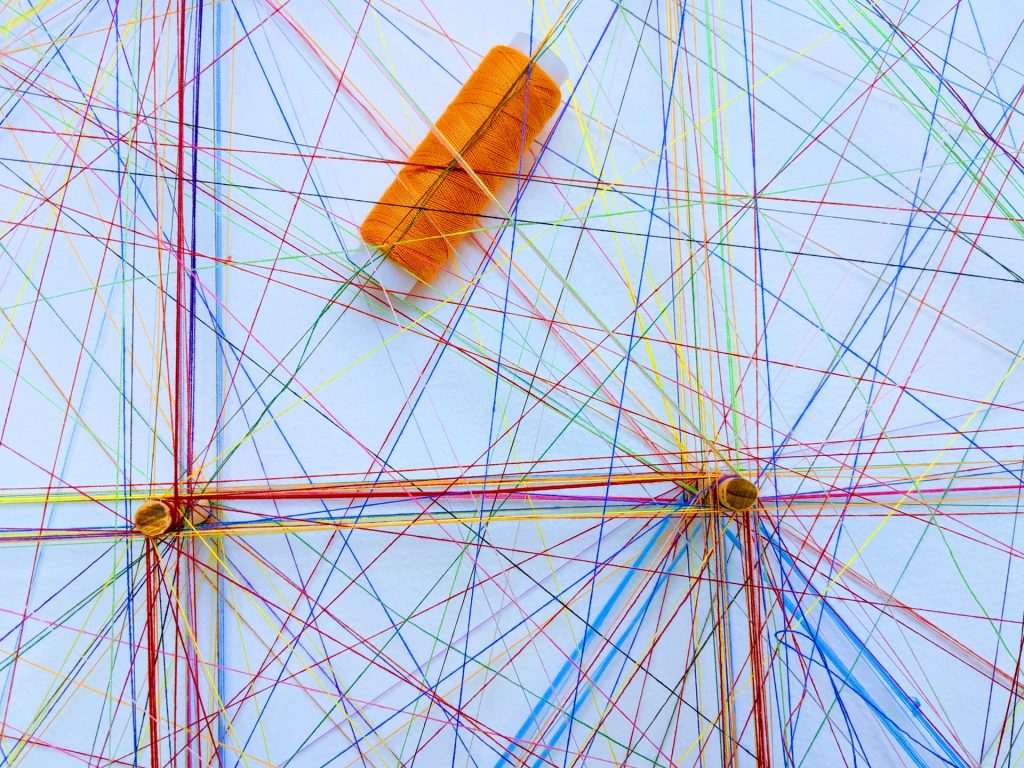 How Our Social Network And Relationships Define Us

Apostolos / May 9, 2021
Our social network defines our lives much more than we think. It shapes our views, drives our actions, and influences...
Read More

What the triangle basketball offence can teach us about successful teamwork

Apostolos / April 5, 2021
The Triangle Basketball Offence was the tactical system that led to the incredible success of the Chicago Bulls team of...
Read More 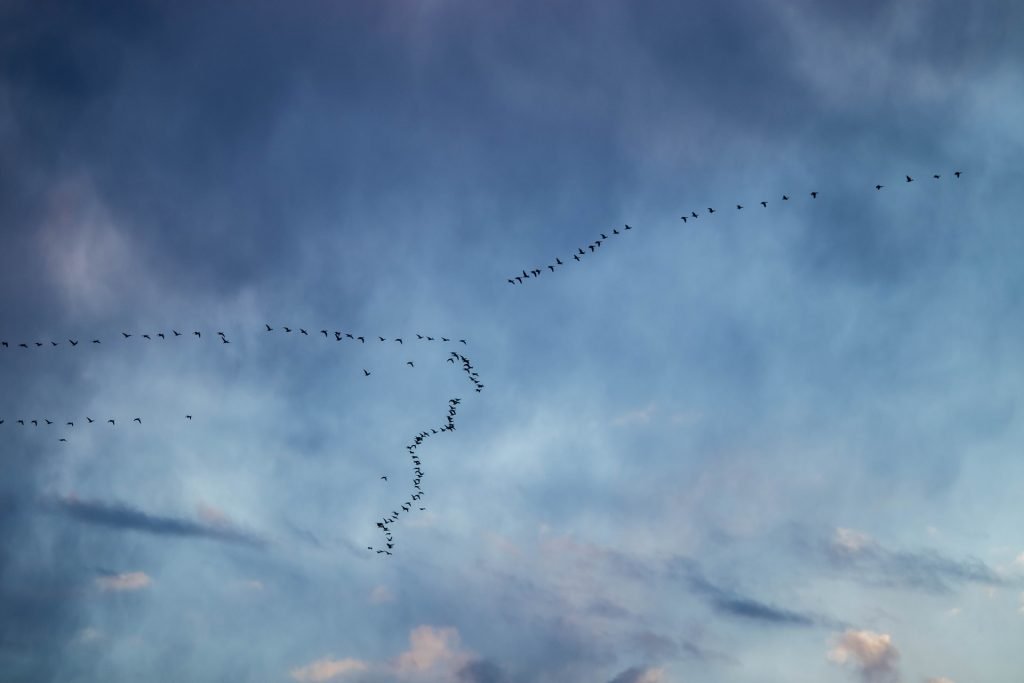 How to use constraints to enable self-organising teams

Apostolos / March 29, 2021
The term self-organising teams was popularised in the Agile Manifesto for software development in 2001. I think that although the...
Read More 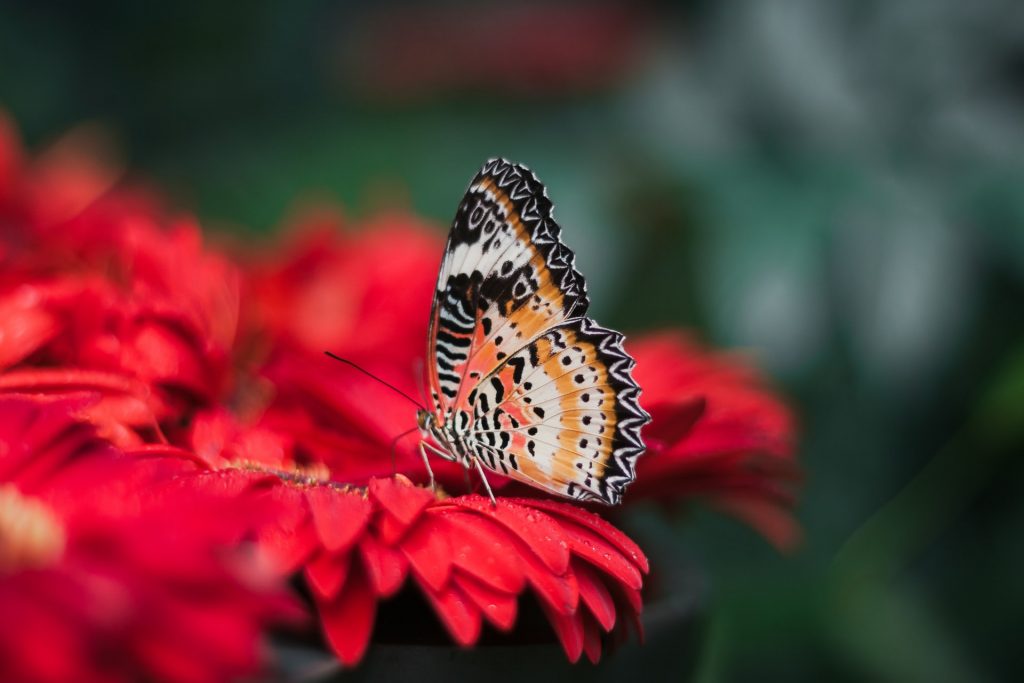 Teams as Complex Adaptive Systems: A New Perspective on Teamwork

Apostolos / February 27, 2021 / 2 Replies
In the last thirty years there has been increasing research on understanding teams as complex adaptive systems. This offers a...
Read More

What is the ideal team size and why it is important

Apostolos / February 8, 2021
From the first time I worked in a team, I always wondered, is there an optimal team size? And how...
Read More 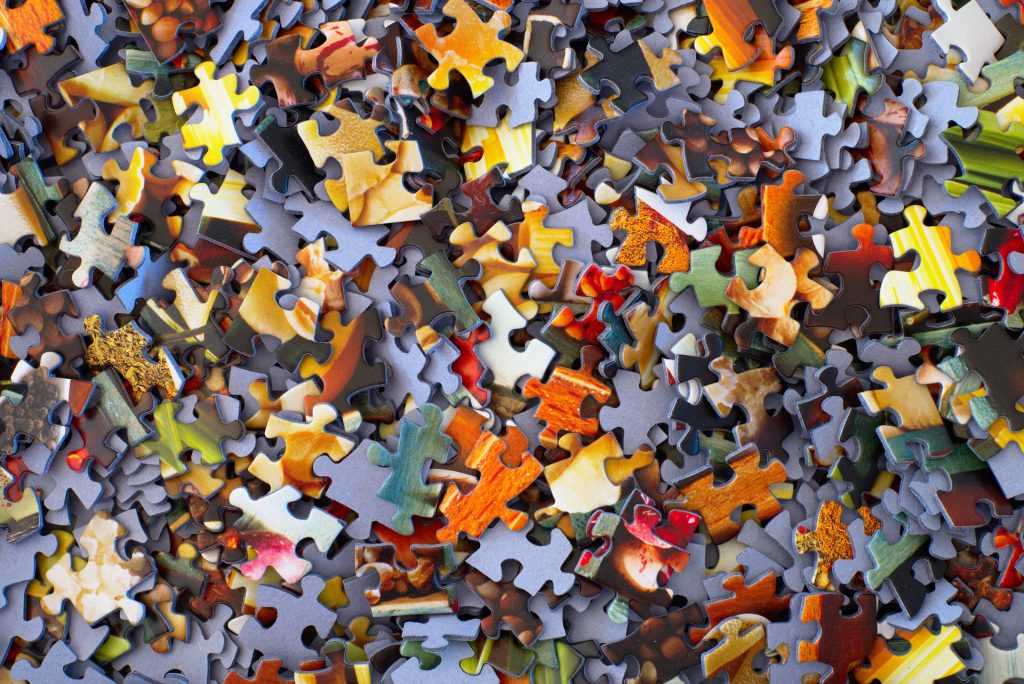 To achieve big goals you need to think small

Apostolos / January 31, 2021
It sounds counterintuitive, but to achieve big goals you need to think small. When I first started Cuban Salsa I...
Read More

Apostolos / January 3, 2021
One of the most persisting myths in modern business, arts and culture is the myth of the lonely genius expert....
Read More 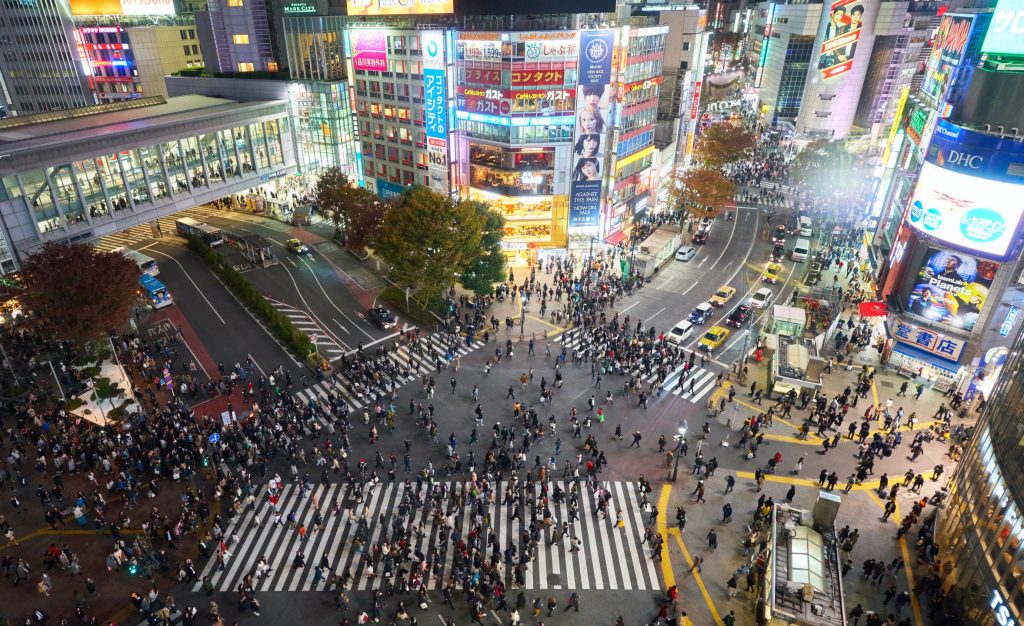 How Diverse Groups Are More Intelligent Than Individuals

Apostolos / July 14, 2020
Sometimes there is a false impression that a super expert always knows more than large groups. In fact, there is...
Read More
Manage Cookie Consent
We use cookies to optimize our website and our service.
Manage options Manage services Manage vendors Read more about these purposes
View preferences
{title} {title} {title}